The following is from the excellent site, The Post Punk Progressive Pop Party. 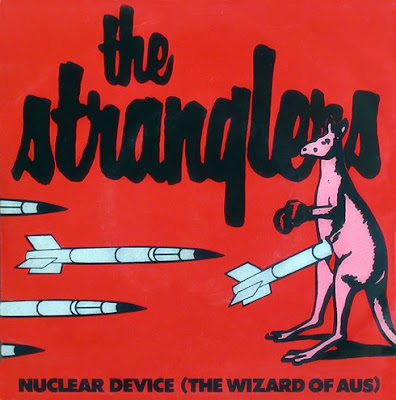 The Stranglers – Nuclear Device: “On this date in 1979, The Stranglers released their eleventh single, ‘Nuclear Device (The Wizard Of Aus)‘. It was backed by ‘Yellowcake UF-6‘. The A side appeared on their fourth album, The Raven. The B side was a non-LP track that was added to the album as a bonus when the album was re-released on CD. The single reached the #36 spot on the U.K. singles chart. The Surrey, U.K. punk/post punk band is still performing and recording, though without original lead singer, Hugh Cornwell, who left in 1990.

This was from The Post Punk Progressive Pop Party