from allmusic.com:
“The Soft Boys have turned out to be one of the most influential bands in shaping contemporary alternative music, though few are completely familiar with the quirky band’s legacy. Formed in Cambridge, England in 1976 on the heels of the punk revolution, the Soft Boys eschewed the three-chord nihilism of punk and opted for a crude version of psychedelic/folk-rock that was well on its way out of fashion, but oddly, just on the cusp of a resurgence”

The Soft Boys – I Wanna Destroy You: “On this date in 1980, The Soft Boys released their second single (not including their two EP’s), ‘I Wanna Destroy You‘. It was backed by ‘(I’m An) Old Pervert (Disco)‘. Both tracks appeared on their second full-length album, Underwater Moonlight. The Cambridge, England punk/post-punk/neo psychedelic (okay?) band disbanded in 1980 after two albums, a few EP’s and some singles. Robyn Hitchcock went on to form The Egyptians. Kimberley Rew went on to play guitar in Katrina and The Waves. 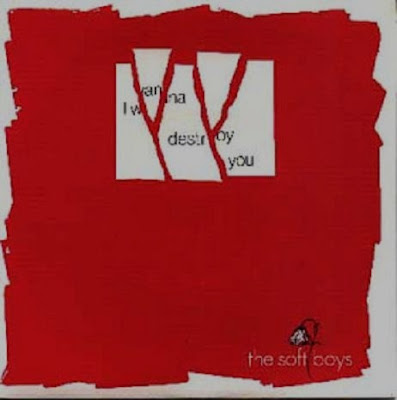 2 thoughts on “The Soft Boys – I Wanna Destroy You”